Salads are always great as a side and this is one that is really nice both in the winter and summer.

It’s Southwestern in design but is not particularly spicy, so don’t be afraid of it if you have no taste buds for hot.

Ingredients are readily available in the north. Down here we use Hatch chiles, but just use Anaheim or Poblano and you’ll be fine.

I’ve changed this recipe a bit from its original by Bobby Flay.

NOTES: This makes a great base for a meat salad…Just add your favorite grilled chicken, steak or pork roast slices and you have a great hearty salad meal.

We grill all year round here in the foothills. Sometimes it’s a wee bit chilly, but not enough to stop us from making our favorite dishes which require outdoor grilling.

This is one that marries the joy of lemons with fresh herbs. Since most of my herbs winter over pretty darn well, I’m lucky. You may have to buy them at the store, but do use fresh, if at all possible.

NOTES: We use all thighs for this, because we like them better than legs. You can use any pieces you like, or a combination. Just note that not all types will cook equally fast, i.e, breasts cook faster than thighs generally.

SOURCE: Adapted from the MeatWave

This is a spot-on recipe, closest to any that I have seen. In most places, the rolls and biscuits are pretty much ignored, but not at Red Lobster. Heck I always wrap up the leftovers and bring them home. They are that good.

Since we seldom frequent Red Lobster, I have always been willing to try a good knock-off recipe.

This one fits the bill.

It’s easy to make and worth it.

So what are you waiting for? Get busy!

NOTES: Be careful not to overwork the dough. The tenderness depends on just working it until it is one homogenous piece. More will make the biscuits tough.

SOURCE: Adapted from Damn Delicious (who also adapted it) 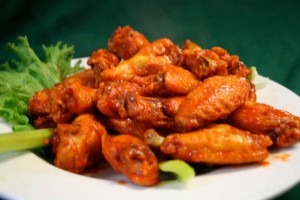 I know. Everybody knows how to make buffalo wings.

Except that most people don’t.

And I tried a whole lot of recipes that claimed to be “the recipe” and most of them tasted like. . .well it’s better we don’t spoil your appetite with how they usually came out.

Definitely not the way they are supposed to.

Because they way they are supposed to take time, and it take work. And everybody is looking for a shortcut. Except that sometimes shortcuts just spoil the whole thing.

So screw up your courage, drag out the oil, and you will be rewarded with that succulent, tangy, perfect buffalo wing you dream of on lazy football Sundays, or any day you just have to have some. 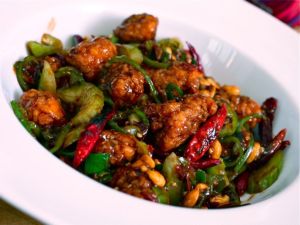 This is always a work in progress. Chinese cooking that is. I’m not a native, and I only know what I like. Sooner or later you visit a restaurant that produces what is, for YOU, the perfect taste.

Then you begin the quest to find a recipe that duplicates it.

And probably none will. But you can come close. I have another Kung Pao recipe in my recipe files. That was okay, but not really what I was looking for.

I’ve looked at a lot of recipes, and combined what I liked, omitted what I didn’t, and improvised until I’ve come up with this one, that works pretty darn well.

NOTES: Control the heat by eliminating some of the dried chiles and/or reducing the hot chile sauce/paste. Or add more! Use whatever vegetables you desire, being mindful of those that take longer to cook and cooking them before adding those that will cook quickly. 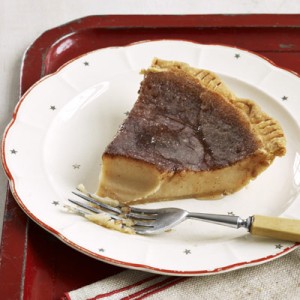 I had never heard of this pie until I saw it on one of my food recipe sites.

It looked easy, and kind of old-fashioned.

I’m sure there are a dozen or more “authentic” ones. I’m not sure where this one falls regarding that, but it was quite tasty.

So give it a try if you are inclined.

It’s sort of like a custard pie with a deeper creamy texture and a sweeter flavor.

1. Adjust oven rack to center position and preheat oven to 375°F. Roll out crust. For a 9-inch pan your bottom crust should be around 11 inches in diameter. Place bottom crust in pie pan or dish. Flute edges and brush pie shell with milk. Refrigerate crust while you prepare filling.

2.In a large bowl mix together flour, sugars, cinnamon, nutmeg and salt. Stir in heavy cream, half and half, and vanilla until well incorporated. Pour into prepared pie shell and bake for 35 to 45 minutes or until crust is golden brown and the center of the pie is set. Dust with additional cinnamon, if desired. Cool for about 15 to 20 minutes before slicing.
SERVES: 8
SOURCE: Serious Eats
OVEN TEMP: 375°
OVEN TIME: 45 minutes

If you are like me, you’re always looking for  a new way tuck a few potatoes in the meal. After all, after the meat, the next question becomes, “what kind of potatoes shall I fix with that?”

Well, you won’t go wrong with this dish. It’s cheesy which is always good, and has lovely pearl onions which I adore. A bit more work than the average dish, but not enough to keep it off the menu.

If you follow the tips on cleaning your pearls, it will go quickly.